Posted on February 3, 2015 by ictenhancedlearningandteaching

I think there there are few in New Zealand and beyond who will not be aware of Nigel Latta. He has been involved in a few TV series and documentaries, including around education.

Starting with a discussion about science, Nigel talked about his experience of doing a session about gravity hanging out of a window, and then another about hyperthermia…and what it’s like to hang out a window in an uncomfortable harness, and then standing in a freezer for an hour and 15 minutes in a shirt. Interestingly, it was when he came out that he started to get hyperthermic. 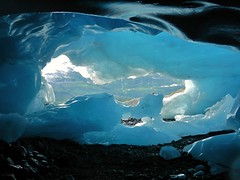 He mentioned that he likes engaging people in education – and science is seen as a “distant aunt who doesn’t come to the Christmas dinner and that type of stuff”. “If you are talking to kids about climate change”…”it’s all important, but as you read the supporting documents a little bit of your start to shrivel up”. “It’s about engaging people in the world”. Rather, if you say “do you want to see something that’s freakin’ cool…which could is going to say no?”. Nigel demonstrated with a time lapse view of the heart beat of the planet as ice forms and melts.

Using the example of the ‘story’ of the Harley Davison and the image as a way of hooking people in, realising that “the stuff that you’ve got is really cool”. “Maths is the perfect example. I went all the way through school thinking that maths was boring”. It was only later that he realised that maths is fascinating, and exciting! (and highlighted a podcast about Prime numbers where the speaker was incredibly passionate).

Nigel moved on to the question “Why does a civilisation dominated by experts find it so difficult to respond to reality rather than ideology?” (John Ralston Saul), and talked about some instances where experts from outside of communities make decisions that make no sense in context. It is underpinned by the notion that “providers are self-interested whereas providers in Wellington has everybody’s interest at heart”. He moved on to a quote by Edward de Bono “you can’t dig a hole in a different place by digging the same hole deeper” – in other words doing the “same old same old stuff doesn’t work” you keep doing the same thing! 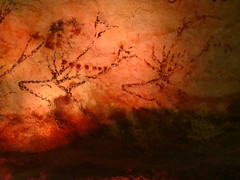 Statistically stuff changes in people’s lives, so if you stand close enough to some of the “worst cases” you are able to benefit from some of the reflected glory – it was said humorously, but it made a great point. He goes on to describe listing all your assumptions, and crossing off all you are sure off and then the two or three that are left over at the end of the process they are often the ones that contain the seed of what is actually happening and might be influenced.

“When it comes to thinking we are not very good at it”. Nigel gave a thumbnail sketch from the beginning of the universe to now, and on the way through indicated that humans developed to cooperate, collaborate, and create. Part of this process is refining tools and tweaking them to do things that haven’t been done before – and Nigel showed the video of the astronaut who made the first music video in space. In part it was to show that curiosity and ‘amazement’ can lead to astounding progressions…some of which are to make life better. He also made the point that “basically we are using the same stone age brain”.

We also have a way of filtering what we do or do not believe, giving the example of standing on the scales weighing yourself – “if you like the number you see” you accept it, if you don’t “you get off and fiddle with the knobs” etc. We are pretty poor when it comes to thinking and making decisions. Some of it, system 1 thinking is instinctual (e.g. and angry cat), the system 2 takes a lot of energy and brains don’t necessarily want to expend a lot of energy, especially when humans were hunting and gathering. “If a bat and a ball together cost $1.10, and the bat costs $1 more than the ball…how much does the ball cost?” (answer below :D). We didn’t develop to solve problems like this, and we haven’t developed to have the number of relationships we currently do. Which means we are having to adapt and change…and that is why “change is so hard”.

The more we do something the more we ‘hard-wire’ it into our brains. For instance, if we learn the piano it starts off as difficult but then gets easier…and we can’t ‘un-learn’ it. So – change is really uncomfortable as we are having to ‘re-wire’. Human beings are therefore influenced by this, and are pretty terrible at making decisions. It’s really worth checking out Daniel Kahneman and his research. As such, the idea of certainty is the most dangerous thing. We all make dumb decisions, and understanding that we make such poor decisions and planning is a myth.

All the time “opinion is reported as fact”, and research is misinterpreted and incorrectly summarised and presented. Therefore, Nigel feels that data is really important and can provide parts of a puzzle that can inform the picture – and opinions – we then form. Data tells you things about the world that you don’t know (however – note from me – a caveat is that it does depend on how the human(s) who collect the data, interpret it – humans have been ‘certain’ about things based on data, until it has been re-interpreted, often when other data becomes available).

Nigel then moved on to talk about Carol Dweck’s work about fixed and growth mindsets. “If you have the growth mindset and feedback … when you get the option you will go for the hard option” – the growth mindset. So, it’s more positive to say to a young learner that ‘that was really good, you worked really hard’, rather than, ‘that was really good, you’re really smart’. The former keeps the door open, even in the face of things going wrong – encouraging experimentation and risk, the latter – when you hit a snag, suggests that you are not smart. Anything is possible for almost all human beings, it’s all to do with strategy, attitude and effort. “Human beings work on a growth mindset model”.

John Hattie’s research, “Visible Learning”, has collected data that illustrates, for example, class size doesn’t matter, but micro-teaching and feedback does (you can find a brief summary on this site). The most powerful predictor of success is students’ expectation of themselves. So, if you have an environment with young learners and a constant focus of raising expectations of themselves, there is likely to be a consistent raising of achievement. You can change people’s expectations of themselves!

Nigel brought us back to engagement, and how to engage people – or how people become engaged. Often big industries are risk averse, such as TV. He told the story of how he got worked to get the opportunity to make a programme in the Antarctic. What he really hopes is that “kids will start to watch this and think science is really cool”, and want to get into science as a profession. “There are jobs that you can do in science that are astoundingly interesting”. This has led him to make a science show to bring science back to TV – and making it interesting, fun, and relevant.

I really enjoyed this session – entertaining, thought-provoking, a little bit provocative. It definitely provided some ideas around ‘how’. Your thoughts? Please share in the comments below 😀

I am a director and consultant at Ethos Consultancy NZ (http://www.ethosconsultancynz.com/). I have a keen interest in all aspects of ICT Enhanced Learning and Teaching (ICTELT) where the focus lies on ways of scaffolding and empowering learners. In particular, I am interested in the way that creative, blended approached to Academic Professional Development can create trust, rapport and encourage reflective practice. As such, ICTELT is approached from facilitation, design, evaluation and assessment as opposed to the tools and what they can offer. I am a strong advocate of the potential of Web 2.0 to empower learners from all walks of life and cultures, especially after my experiences working for 6 years in the Middle East. In particular, I am interested how ePortfolios can be used in the VET sector (especially where Literacy and Language challenges are faced), in Recognition of Prior Learning, and in authentic, applied assessment. I have been involved with designing and developing ICTELT approaches and programmes for ten years. Following research informed approaches and design, I apply a qualitative, iterative process to evaluate the effectiveness of interventions, programmes and tools, encouraging learners' voices and input from all stakeholders.
View all posts by ictenhancedlearningandteaching →
This entry was posted in All and tagged engagement, Nigel Latta, thinking. Bookmark the permalink.