That feeling when you uncover that hard-sought insight!

Posted on April 6, 2016 by ictenhancedlearningandteaching 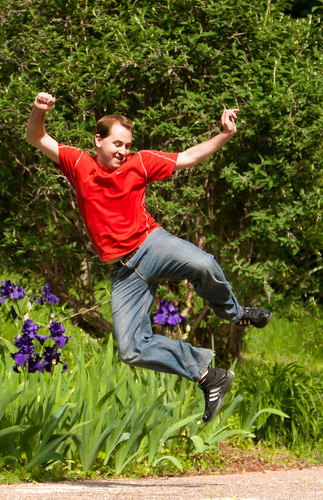 Success has different interpretations, and not all successful coaching sessions will see progress toward a specific goal (A to B) or having developed a strategy or solution (Allen, 2013). Sometimes it can be a sense of the coach and coachee working together to uncover a hard-sought insight, which can feel as though “you’ve hit a home run and the crowd goes wild and your client feels as if s/he has won the World Series” [emphasis in original] (Allen, 2013, Para 6).

To help ensure that coaching sessions frequently achieve that home run feeling both coach and coachee need to be in the right ‘head space’. The coach needs to be authentic, genuinely interested in their coachee’s growth, open to feedback / self-reflection and willing to be vulnerable (Allen, 2013). On the other hand, the coachee needs to be engaged, open to sharing, enthusiastic, willing to learn, and open to coaching.

It is important to pay attention to preparation to make sure a session is successful. For example, the coach and coachee need to have agreed on a central theme that can be woven through the session. This theme should align with the coachee’s needs for the session, as well as raise really clearly their awareness of the value of the session – what they have heard, thought, seen, felt and gained (Allen, 2013). As a coach, therefore, it is necessary to both support the coachee’s learning during the session, as well as be able to ‘see’ the coachee’s learning, and help them recognise that it has occurred, the value of it and its application.

Sometimes sessions don’t flow and it is important that the coach moves rapidly to address the issue otherwise it can negatively impact the coaching relationship. One effective way of doing this is to explore, with the coachee, what just happened. Usually it will be one of two things – either the session itself (comfort with the process, a sense of purpose / engagement, rapport), or the coachee’s current context and experiences (level of perceived well-being, state of mind, or situation at work and/or at home).

You know when a coaching session has been successful when…

Before a session the coach and coachee will have decided what they want to cover during the session, as well as agreeing on expected outcomes – and this may include engaging with an article or video, for instance, that the coachee has been working with in connection to a specific goal. A mutually comfortable space with the minimum of distractions will have been agreed on (and this may be online via a VOIP tool such as Skype, or by phone).

At the start of the session coach and coachee will have worked on building rapport, with the coach asking some simple questions to get the ball rolling. As the session progresses the coach will have asked carefully selected open questions to help the coachee unpack their situation, while also listening deeply and actively (for instance by summarising and paraphrasing to check understanding with the coachee). Remaining non-judgemental and non-directive (Haynes, 2005), the coach instead will have encouraged the coachee to explore options and make decisions. The coachee will have been open to formative feedback, supportive challenges, and a sense of ‘discomfort’ or dissonance, which is likely to have led them to insights into their own values or behaviour, as well as wider possible implications and impact on others.

By the close of the session the coachee will have a realistic plan of action, with specific next steps, intended outcomes, and timeframes, as well as a clear idea of who else will need to be involved, resources, and accountability. The coachee will have supported the development of the action plan and encouraged the coachee to check its feasibility, as well as offering assistance, if necessary (Haynes, 2005).

To wrap up, the coach and coachee will have evaluated the session and identified any ways to make following sessions more effective. The coach will also have summarised the main points of the session, and double-checked that they both know what each has agreed to do before the next meeting.

After a successful session, the coach will have taken notes (if they haven’t done this during the meeting), and will share these with the coachee. Both the coach and coachee will have followed through with agreed actions, and before the next session the coach, if requested by the coachee, will follow up on progress, provided support, and / or shared resources.

The coachee may also have reflected in writing on the session (either privately or via something like a blog post – following protocols of anonymity and confidentiality of others). In this reflection they might consider their satisfaction with the session itself, what might have made the session better, and how well it worked within the overall coaching process. The coach will also have evaluated the session, checking on how well the agreed outcomes and focus were covered, as well as the coaching process. As such, they will have reflected on went well (and why), what was challenging or frustrating, and how well they managed it. They will also have identified main take-aways and things they will do differently next time to help make it the session more effective.

When it isn’t successful

There are a range of elements that influence the success of a coaching session; all require input from both the coach and the coachee, and not every coaching session is successful. Some of the key reasons for a session to not be as positive as it might include a lack of an agreed focus for the session, an ill-defined focus, or differing expectations between the coach and coachee. Also, a coachee might be working through crises that are distracting them, or may be short of time / feeling pressured which impacts enthusiasm. In addition, the coach may be inexperienced, might mix approaches in a way that is confusing, or may appear disinterested.

The main thing is that the experience will be an opportunity to learn, and perhaps work out how to work more effectively together going forward.

Allen, L. (2013). Tips for coaches: What to do when clients aren’t in movement. Retrieved fromhttp://coachesfinishingschool.com/tips-for-coaches-what-to-do-when-…

The Open Door Coaching Group. (2012). How do I build a coaching culture. Retrieved fromhttp://www.opendoorcoaching.com.au/how-do-i-build-a-coaching-culture

I am a director and consultant at Ethos Consultancy NZ (http://www.ethosconsultancynz.com/). I have a keen interest in all aspects of ICT Enhanced Learning and Teaching (ICTELT) where the focus lies on ways of scaffolding and empowering learners. In particular, I am interested in the way that creative, blended approached to Academic Professional Development can create trust, rapport and encourage reflective practice. As such, ICTELT is approached from facilitation, design, evaluation and assessment as opposed to the tools and what they can offer. I am a strong advocate of the potential of Web 2.0 to empower learners from all walks of life and cultures, especially after my experiences working for 6 years in the Middle East. In particular, I am interested how ePortfolios can be used in the VET sector (especially where Literacy and Language challenges are faced), in Recognition of Prior Learning, and in authentic, applied assessment. I have been involved with designing and developing ICTELT approaches and programmes for ten years. Following research informed approaches and design, I apply a qualitative, iterative process to evaluate the effectiveness of interventions, programmes and tools, encouraging learners' voices and input from all stakeholders.
View all posts by ictenhancedlearningandteaching →
This entry was posted in All, How to..., Professional Learning Development. Bookmark the permalink.