Posted on August 16, 2017 by ictenhancedlearningandteaching 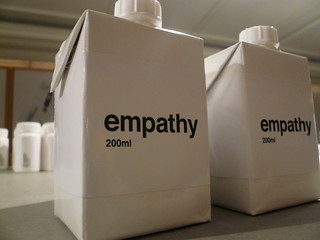 Given the opening up of the world and a shift to globalisation, it is important, especially in business contexts to be culturally competent – to be sensitive to differences and know how to work within a multicultural context.

The following is a brief vignette (based on experience, but using fictional characters) of how the Geert Hofstede’s 6D model is one of the many tools that can help raise awareness, and start discussions.

Together, Shuyi who was born and raised in Beijing in China, and with whom I work closely in New Zealand, have found Hofstede’s model a useful way to open conversations about how we can best work together that respects both of our cultural preferences.

With China, according to Hofstede’s model:

Looking at the scores, while Long Term Orientation shows the biggest numerical distance (meaning that there may be misunderstandings around the Kiwi focus on ‘quick results’ and short-term gains), the most useful for Shuyi and I was Power Distance. I had noticed Shuyi rarely said much in meetings, and hardly ever contributed ideas or suggestions in the shared Google Docs – and yet I knew from our discussions, she had a lot to offer!  After I shared the results of Hofstede’s model with her, we talked about some of our assumptions. Shuyi felt it was rude for her to jump in with ideas (particularly alternative perspectives) during meetings, especially if the team leader or one of the really experienced team members was speaking. On the flip side, I had assumed that she just wasn’t keen to share – and I knew that other people in the team felt that she wasn’t really interested in being active on our projects. However, we were able to talk things through and discuss strategies such as me asking for her ideas directly during team meetings or in the Google Docs (but not all the time or too obviously), or providing signals such as a direct request for input. We both hope to continue the conversation!

While these solutions are relatively surface and may not work for everyone, the key here was the fact that awareness can support folks to ‘have the conversation’ – and Hofstede’s model (or similar tools) can offer a ‘safe’ way to recognise differences.

I am a director and consultant at Ethos Consultancy NZ (http://www.ethosconsultancynz.com/). I have a keen interest in all aspects of ICT Enhanced Learning and Teaching (ICTELT) where the focus lies on ways of scaffolding and empowering learners. In particular, I am interested in the way that creative, blended approached to Academic Professional Development can create trust, rapport and encourage reflective practice. As such, ICTELT is approached from facilitation, design, evaluation and assessment as opposed to the tools and what they can offer. I am a strong advocate of the potential of Web 2.0 to empower learners from all walks of life and cultures, especially after my experiences working for 6 years in the Middle East. In particular, I am interested how ePortfolios can be used in the VET sector (especially where Literacy and Language challenges are faced), in Recognition of Prior Learning, and in authentic, applied assessment. I have been involved with designing and developing ICTELT approaches and programmes for ten years. Following research informed approaches and design, I apply a qualitative, iterative process to evaluate the effectiveness of interventions, programmes and tools, encouraging learners' voices and input from all stakeholders.
View all posts by ictenhancedlearningandteaching →
This entry was posted in All, Professional Learning Development and tagged cultural competence, cultural diversity, culture, diversity, Hofstede. Bookmark the permalink.